What should you know about the safety of Green tea

The history of tea began over 5000 years ago in ancient China. Currently, tea is the most popular beverage consumed by two-thirds of the world’s population. Green tea, black tea and Oolong tea are all derived from the leaves of Camellia sinensis. To produce green tea, freshly harvested leaves are steamed to prevent fermentation, yielding a dry, stable product.

Traditional usage Green tea is used in Traditional Chinese Medicine as an astringent, cardiotonic, central nervous system stimulant and diuretic. It may be used for treating flatulence, for regulating body temperature, promoting digestion and improving mental processes. In India, green tea has additionally been used to treat fungal infections. 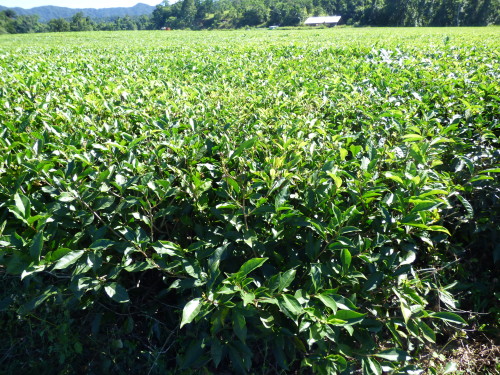 The health benefits of quality green tea are:

Contraindications and cautions of green tea 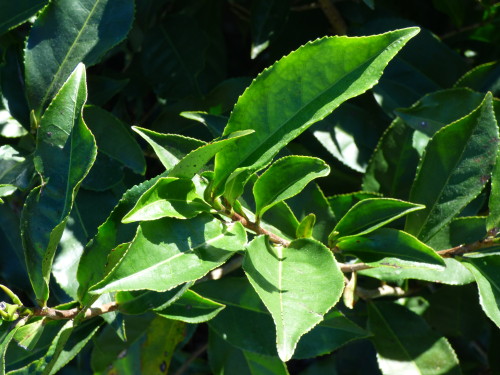 Traditionally, green tea is consumed throughout the day in Asian countries and is considered safe and nontoxic. Human studies have shown that doses of up to 1.6 grams of green tea extract is well tolerated. A maximum safe dose is thought to be around 10 grams per day- equivalent to 24 cups of green tea. In rare cases, inflammation may be observed when using green tea extract at doses above this level and may be amplified in the presence of other potentially liver-toxic compounds – such as paracetamol,  or Garcinia.

In pregnancy  and lactation precautions and contraindications of green tea are related predominantly  theoretical and are based upon the adverse effect profile of caffeine. Green tea extract or standardised green tea  at high doses  could suppress  thyroid function in  patients with low thyroid function.

Standardized green tea in the supplements 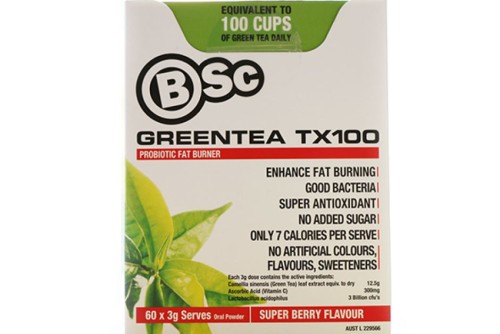 Consumers put themselves at great risk when purchasing products online from overseas suppliers as they have not had to pass through the TGA’s strict approval criteria for sale in Australia.  When food like green tea is standardised and potentised to an equivalent of a 100 cups of green tea per serve, a product  may end as a harmful medicine, not a supplement or food anymore. The proposed food labeling and clinical trials  of all over the counter supplement’s  would ensure that all supplement’s  manufacturers  would be regulated to ensure the safety of consumers. Otherwise, the public will end up with a drug, effects of which probably have never been tested.  For instance, all ” practitioner’s’ only” supplements are  always  TGA certified.

A 26-year-old man Matthew Whitby had used two dietary supplements for a 1-week period 10 weeks prior to presentation –the HydroxyBurn Elite  whey protein powder containing, among other ingredients, green tea (Camellia sinensis) and a weight loss supplement containing 70% Garcinia cambogia. In the absence of any alternate cause of liver toxicity, an adverse event notification was made to the TGA. The two supplements were tested for heavy metals and pharmaceutical adulterants; however, no unexpectedly high levels of these substances were detected. The recent incident of a WA man,  Matthew Whitby  needing an  emergency liver transplant, likely due to  drinking a protein powder, HydroxyBurn Elite is a  “wake-up call” for all of us.

Although it is difficult to determine if and why the man would have reacted to the supplements he was taking, it is more likely that an individual would react to Garcinia than green tea extract. There are numerous well documented case reports of liver toxicity associated with the use of Garcinia (including two cases in Australia) resulting the recall of some Garcinia products around the world. Contamination with heavy metals or unwanted constituents is often the cause of these reactions. Whilst there have also been case reports of liver toxicity associated with green tea these have either been due to contamination or have been classed as ‘idiosyncratic’.

The protein powder, Matthew Whitby consumed is typically regulated as a food and subject to different labelling rules. This should  have never been the case. However, the Garcinia cambogia supplement which Mr Whitby also took, which doctors say may also have contributed, is regulated by the Therapeutic Goods Administration (TGA).

HydroxyBurn Elite product was  not  the TGA registered. Green tea  has complex phytochemistry and is containing polyphenols, known as catechins including epigallocatechin-3-gallate (EGCG), epigallocatechin (EGC), epicatechin-3-gallate (ECG) and epicatechin (EC), flavonols, including quercetin, kaempferol, myricitin, and their glycosides. All are beneficial and safe either as a quality green tea for drinking or as the TGA registered supplement. Nature has created green tea to enjoy and to benefit health of the human kind not to harm.

In rare cases inflammation  may be observed when using green tea extract at doses above this level and may be amplified in the presence of other potentially liver-toxic compounds – such as paracetamol,  or Garcinia. Some of the green tea extract supplements discussed in the report claimed to have the equivalent of 100 cups of green tea per dose (unfortunately, we do not know the amount of green tea extract in the powder Mr Whitby took as it has now been withdrawn from the market).

Epigallocatechin gallate (EGCG) has anti-fibrotic properties in many organs. EGCG has been shown to reduce hepatic fibrosis, which  points out  again towards a significance of the dose of green tea as a supplement, as it is impossible  that anyone would ever drink a 100 cups of green tea per day.

Liver pathology is generally quite advanced before it presents with overt symptoms thus in this case there may have been some underlying liver issues at play that were not obvious due to lack of symptoms. In the ABC written report, Clinical Pharmacologist Dr Ric Day is quoted stating that cases like Mr Whitby’s were known as “idiosyncratic” reactions and could happen with virtually any medication.i It is estimated that up 6% of hospital admissions in the US are due to such idiosyncratic drug reactions to prescription medications. ii Protein powders are considered as foods and as such are regulated through Food Standards Australia and New Zealand (FSANZ) and are not subject to the same stringent listing criteria and Good Manufacturing Practice (GMP) criteria as nutritional supplements must adhere to via the Therapeutic Goods Administration (TGA).

Furthermore, the supplement taken by Mr Whitby was not listed with the TGA despite the manufacturer’s website advertising the TGA logo thereby misleading consumers that their products had been ratified by Australia’s regulatory body. Health World supplements are subjected to robust quality testing of both the raw ingredients (for the presence of heavy metal and other contaminants) and the final product for quantities of active constituents. These criteria exceed those set by Australian Standards and industry GMP. There is a considerable body of evidence to support green tea catechins’ potent antioxidant qualities, their anti-tumour and hepatoprotective effects. 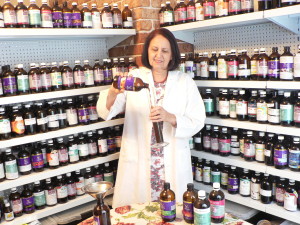 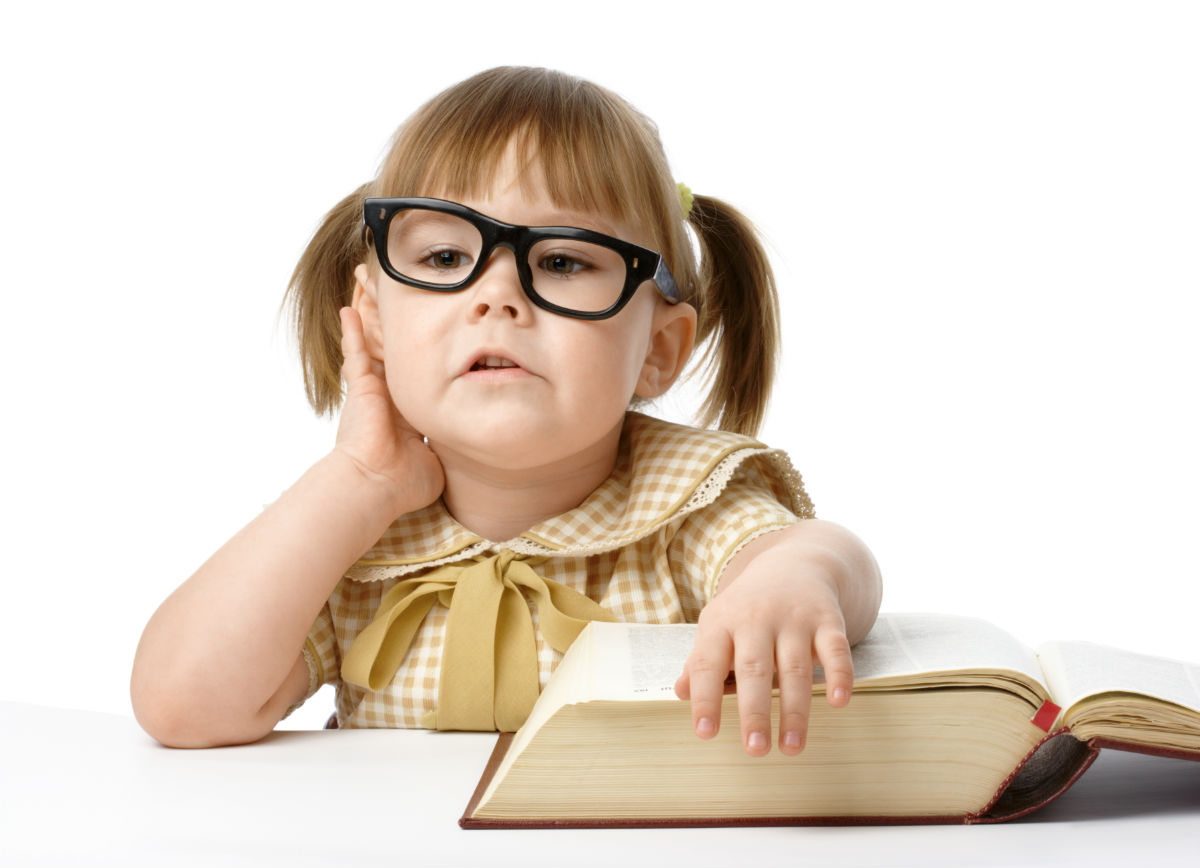 ‘Back to school” nutrition for children